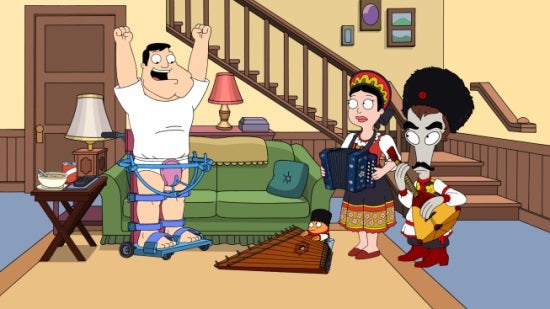 In “Crotchwalkers,” In a desperate attempt to show Steve that she’s still a “cool” mom, Francine teaches him a vast array of shoplifting techniques to try out at the local mall. But when their attempt to pull off the ultimate heist at “The Gash” goes awry, Steve is captured and sent to a Venezuelan sweatshop. Meanwhile, Roger, Hayley and Klaus form Langley Falls’ first Russian Balalaika trio.