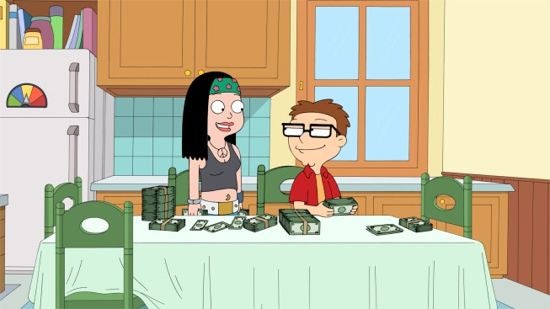 American Dad returns tonight with a brand new episode. In this “Breaking Bad” parody, Hayley tries to fit in with a popular group of her former high school friends and, in the process, discovers Steve has an amazing ability to create incredibly realistic fake IDs. Sensing a business opportunity, Hayley builds out Steve’s operation, but they don’t count on having to deal with the other kingpin of the Langley Falls fake ID game: Kevin Ramage (Roger in disguise).