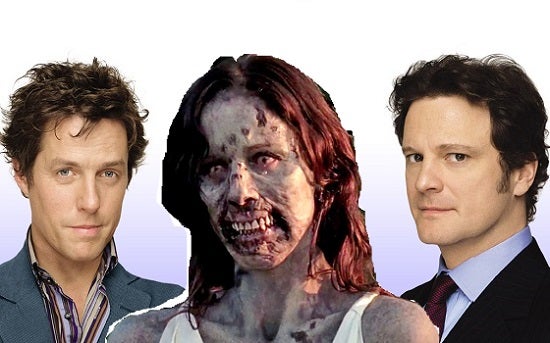 Not long ago, ComicBook.com reported on the possibility of Bill Nighy, who appeared in the Pirates of the Caribbean movies as well as the Andrew Lincoln film Love Actually, appearing on Lincoln's current TV series, AMC's The Walking Dead.

Well, in a new interview with Entertainment Weekly talking about the tenth anniversary of Love Actually's release, Lincoln jokes that the film is actually a prequel to The Walking Dead and says that he'd like to get as many actors from the movie down to Georgia to work on the hit AMC drama as he can manage, including A-list stars Hugh Grant and Colin Firth.

So 10 years out, where do you think your character, Mark, is today? Oh, Mark I think moved over to America, became a cop, and then a zombie apocalypse happened. [Laughs]

An alternate universe? Okay, that’s plausible. There you go. That’s what happened to Mark.

Who would survive? Strangely, I think Hugh would do rather well. Yeah, I don’t know.

We've got the pitch for it: zombie Lori comes back, and the pair vie for her attention in a wacky modern-day send-up of Jane Austen...