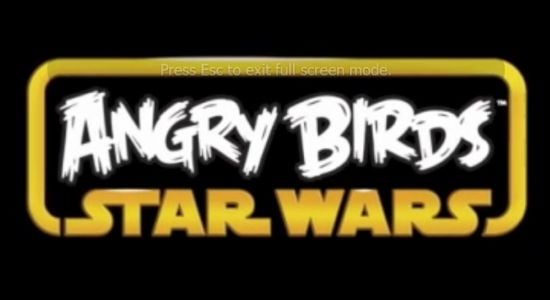 While most of the Star Wars news of late has centered around Disney’s $4.05 billion acquisition of Lucasfilm, here’s a reminder that Star Wars was a thriving property before the Disney buyout. Even though fans probably won’t see a Star Wars Episode 7 trailer for at least a year or two, there was a new Star Wars trailer released today.

The Angry Birds Star Wars game has been in development for quite some time, and it is scheduled to be released on November 8, 2012. Rovio, who is the developer of the game, released this new trailer that gives a sneak preview of the game, and we have to say it does look pretty fun.