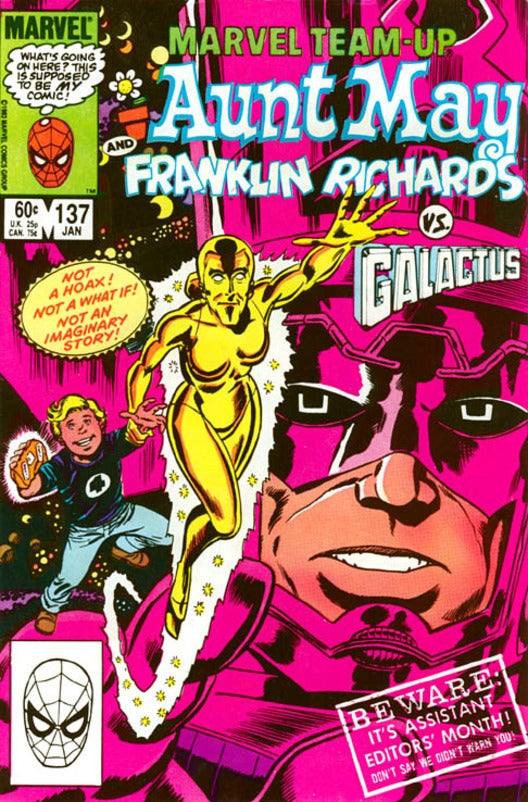 What did you think of Sally Field in The Amazing Spider-Man films?

Well, apparently the producers liked her (they really liked her!), because Latino Review is reporting that a movie starring Aunt May is being considered, without Spider-Man involved.

Okay, so the movie in question wouldn't star Field and wouldn't feature May battling a cosmic threat as seen above (we're sad about it, too, trust us). Rather, they're considering putting out a movie based on a younger version of the character, before Peter Parker came into her life. 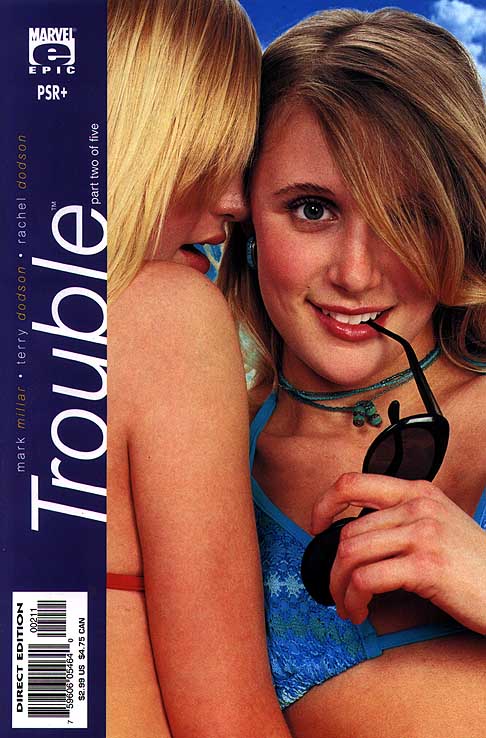 Latino Review says they've heard "the target mood is some sort of espionage story in the vein of AMC’s Mad Men, which sounds like a way of saying 'classier Agent Carte'” without name-dropping Marvel’s upcoming series."

They also point out the obvious -- that Marvel already once tried to reinvent the young May Parker, with Trouble, a 2003 romance comics miniseries wherein she was revealed to be Spider-Man's biological mother. The series was critically-panned, low-selling and exasperated fans of the characters...so it's probably not likely that Sony would adapt elements of it too closely.

That said, with Mark Millar working for Fox on their Marvel properties while Marvel Studios takes on Civil War in Captain America 3, Sony could join the Millar bandwagon by adapting Trouble.

It also sounds, at least at first glance, as though the idea of rebooting the Spidey franchise again is a farfetched one if this movie were to go forward. Given the fact that it has played a relatively small role in the characters' history, it would be confounding for two consecutive reboots to play up the Parkers-as-spies aspect of the story.