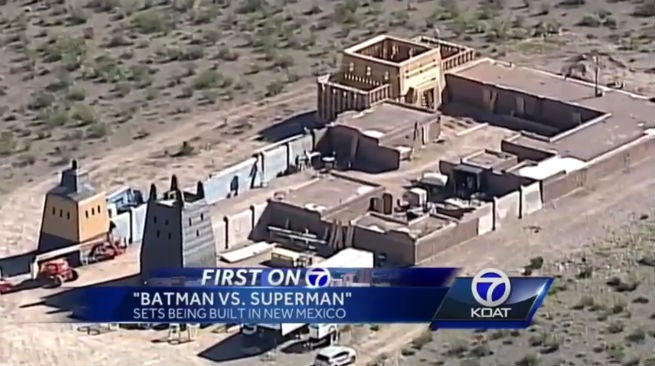 A local news chopper in New Mexico, has spotted the construction of what looks to be a major series of sets in Deming ahed of reported filming for Batman V Superman: Dawn of Justice.

The sets, which you can see above and below, appear to constitute a compound of old-style buildings, complete with what appears to be a watchtower that somewhat resembles the "Batman buildings" in Nashville and Chicago.

KDAT-7 reports that filming is expected to begin in Deming soon, the first major production to shoot in the area since Indiana Jones and the Kingdom of the Crystal Skull. A New Mexico film blog reportedly confirmed rumors that the movie would be shooting there in November. 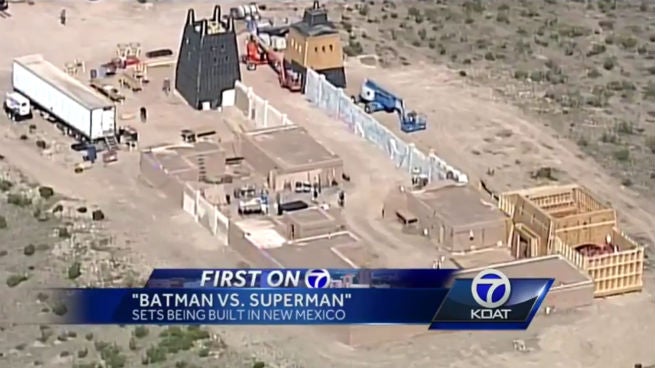 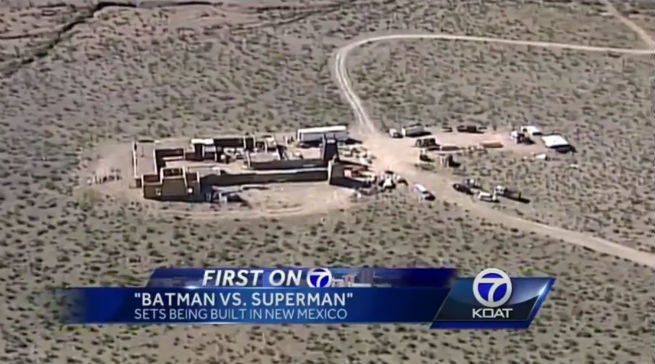 The exotic buildings and desert locale are sure to cause rumors that the new filming location will be either Themyscira or Nanda Parbat, either of which could have connections to the film. Neither of those has been specifically rumored as appearing in Batman V Superman, but either -- and especially Themyscira -- would make sense.

Batman V Superman: Dawn of Justice is the first of ten currently-announced DC Entertainment films from Warner Bros., and is expected in theaters in March 2016.