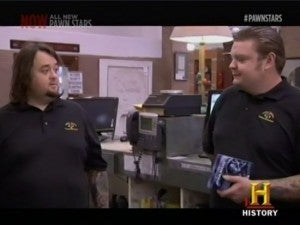 On tonight’s episode of Pawn Stars, a customer came into the store to sell some vintage Star Wars action figures, but Corey “Big Hoss” Harrison was unimpressed. It turns out that Big Hoss is one of the few people in the civilized world that has not seen Star Wars.

Even the Old Man is shocked, exclaiming, “Who doesn’t want to watch Star Wars?” Rick Harrison chimes in, “You would like it son, I mean this is part of America.” Chumlee adds, “It’s culture, Big Hoss.” However, Big Hoss is unfazed, saying, “I’ve made it this far in my life without watching Star Wars. I think I’m all right.”

Big Hoss adds, “Star Wars is a kids’ movie. I hear it’s got a green puppet, a girl kissing her brother, and a bunch of stuffed animals running around space.” However, the Old Man insists, “Corey, we sell a tremendous amount of Star Wars collectibles. You need to watch the damn movie so you know what you’re doing.” 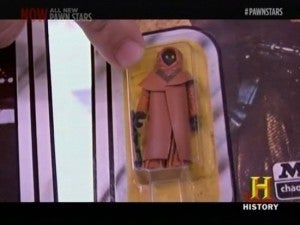 As the shop is at its busiest, Big Hoss sits in the back and watches Star Wars. As the episode ends, Big Hoss can be heard exclaiming, “Why does the gold guy have a British accent?”