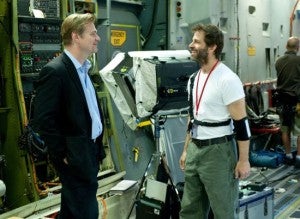 Is Christopher Nolan still involved in the Man Of Steel follow-up? There appear to be conflicting rumors circulating the Internet. When Warner Bros. made their announcement on Thursday that Ben Affleck was cast as Batman, there was another name that was surprisingly missing from the press release.

In the Warner Bros release, it stated, "The new Super Hero film is being scripted by David S. Goyer from a story he co-created with Zack Snyder. Charles Roven and Deborah Snyder are producing, with Benjamin Melniker, Michael E. Uslan and Wesley Coller serving as executive producers." Christopher Nolan's name doesn't appear in the press release.

Christopher Nolan Rumored To Have Dropped Out Of Batman Vs. Superman Movie