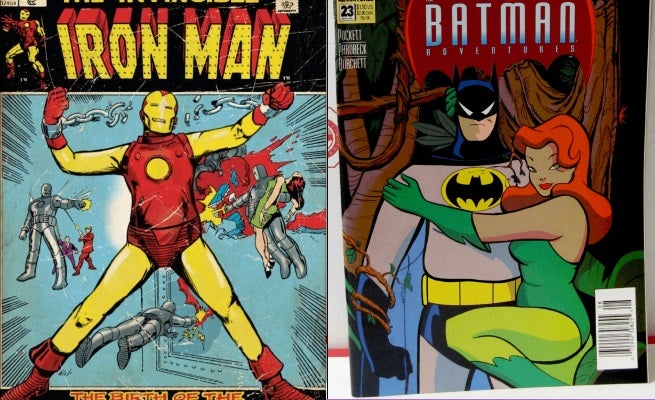 Male and female characters from both Marvel Comics and DC Entertainment are redrawn so that the males have less exaggerated torsos, and women have smaller breasts and larger waists. This brings them much closer to the average body types of their respective genders.

Here’ what the website had to say about the project:

When it comes to accurate depictions of the human body, comic book heroes are hardly realistic. Whether they’re sprouting blades from their hands or surviving decades in a deep freeze, these characters regularly push the limits of what’s considered possible. But they also depart from realistic human anatomy in a more mundane sense: Almost none of them reflect the typical physique of most Americans.

Today, 33.7% of men and 36.5% of women in the U.S. are considered obese, and more than two-thirds are overweight.1 Weight gain has put millions of people at risk of heart disease, diabetes, and other preventable conditions.2 Meanwhile, comic books depict vastly different figures: men with massive biceps and shoulders and women with toned abs and tiny waists.

So what would they look like if they reflected more typical body shapes and sizes? We’ve Photoshopped several major comic book characters – not to touch them up, but to make the average hero look more like the average American.

You can see the final results for yourself in the gallery below.