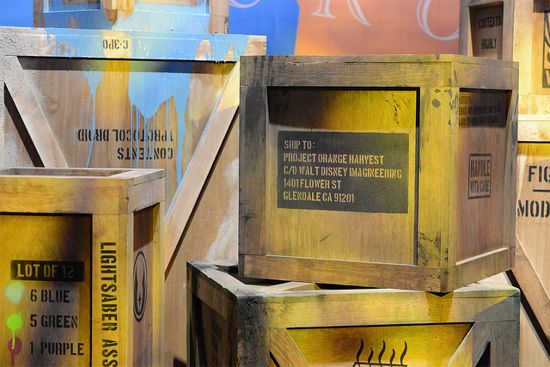 Disney D23 Expo kicks off today in Anaheim, California. Earlier we reported that Steven Clark, who is head of D23, had teased some possible new Star Wars revelations. Steven Clark said, "I know that when I was touring the Imagineering pavilion there were a few little surprises and hints about what may be coming in the future regarding Star Wars."

Well, here is the first of those surprises and hints that he was teasing. There is a collection of crates in the Imagineering pavilion bearing the name "Orange Harvest." The crates have various Star Wars references to lightsabers, protocol droids, and more. Something that bears a striking resemblance to the shape of R2D2 has even cut its way out of one of the crates. 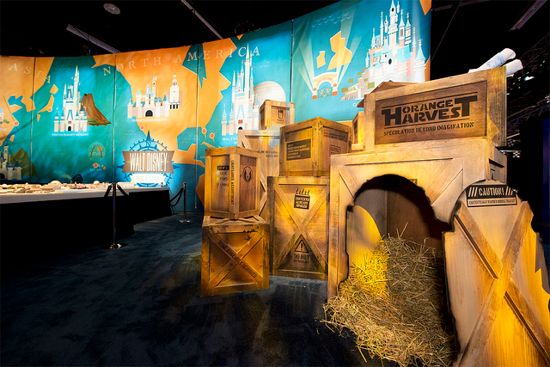