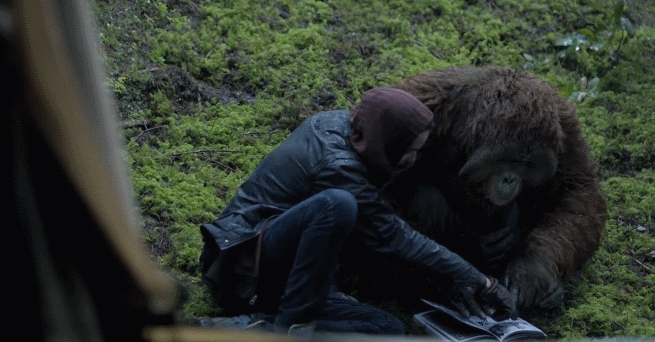 Two new clips from Dawn of the Planet of the Apes have been released online.

The first shows a human, Alexander, and an ape, Maurice, in a moment of piece. Alexander reads to Maurice out of Charles Burns' (awesome) graphic novel Black Hole.

The second shows and ape named Koba intereacting with two humans. It begins as a fun show of camaraderie, but then things take a turn.

Dawn of the Planet of the Apes opens in theaters July 11.

Dawn Of The Planet Of The Apes: Hanging Out And Koba Clips Released