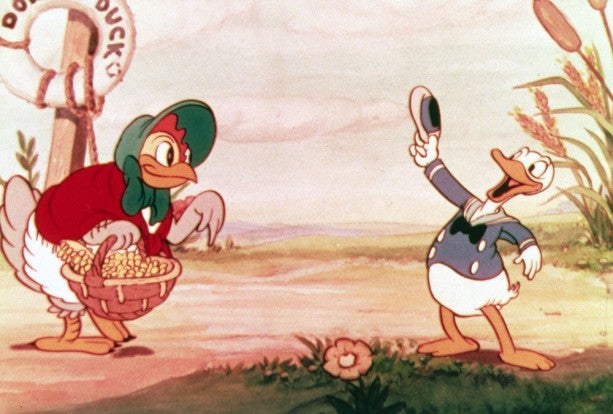 Donald Duck, one of Walt Disney Animation's most enduring characters, turns 80 years old today, according to the company's official accounting.

On June 9th, 1934, Donald Duck make his big debut in the Silly Symphony animated short “The Wise Little Hen,” and it wasn't long before he took his place beside Mickey Mouse, Goofy and Pluto as one of Disney's premier animated characters, named in TV Guide's list of the 50 greatest cartoon characters of all time in 2002.

His distinctive, semi-intelligible voice was created by Clarence Nash, who performed the role for 50 years.

After The Wise Little Hen, it was his second appearance inOrphan's Benefit which introduced him as a grumpy and easily-excitable foil to the always-kind Mickey Mouse. Over the next two decades Donald appeared in over 150 theatrical films, several of which were recognized at the Academy Awards. In the early days of his animation career, Donald typically appeared as part of a comic trio with Mickey and Goofy. 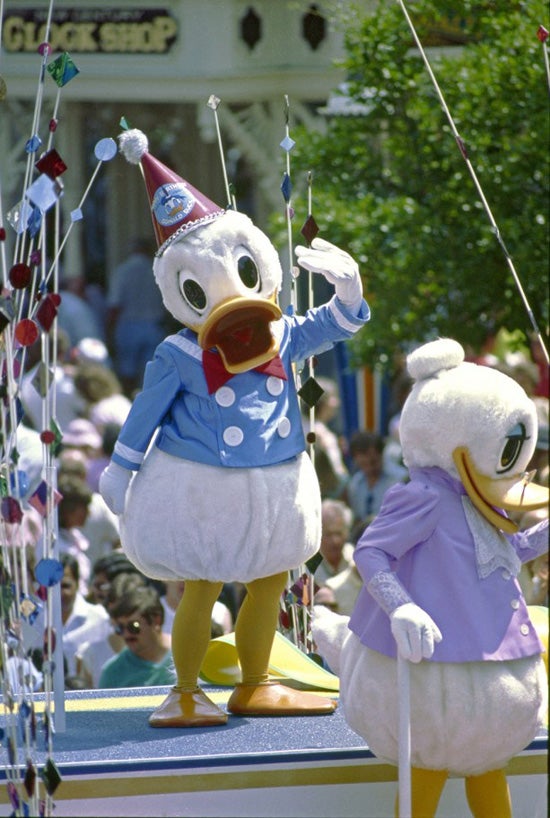 Starting with Don Donald, he was given his own film series in 1937, which introduced Donald's girlfriend Daisy Duck and sometimes featured his three nephews Huey, Dewey, and Louie.

Animated shorts featuring Disney characters are much rarer now, of course, and most of their animated features don't go to cinema. The last time Donald Duck appeared on the big screen was in Fantasia 2000.

Of all the Disney characters, Donald Duck has one of the more notable careers in comics, both in newspaper strips and comic books.

Donald and his Uncle Scrooge appeared in hundreds of comic stories for decades, most famously drawn by Al Taliaferro, Carl Barks, and Don Rosa. Barks in particular created a number of new supporting characters, including Donald's maternal uncle Scrooge McDuck, who would go on to star in his own successful comics and eventually serve in one of the lead roles in the popular DuckTales cartoon.

Donald remains a wildly popular character with a best-selling weekly magazine in Europe. In the U.S., he appears regularly on The Mickey Mouse Clubhouse animated series. At left, you can see Donald celebrating his fiftieth birthday in a 1984 parade at Walt Disney World.