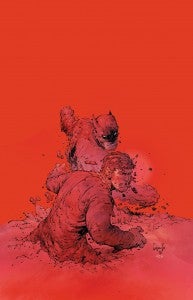 Earlier today, ComicBook.com reported that Batman writer Scott Snyder will buffer the dark and brooding Batman #18 and the beginning of his next major story arc with a pair of issues he characterized as "fun," but didn't particularly describe what that might entail. Well, today at Emerald City Comic Con, we still don't have much in the way of specifics but he did give fans a good sense for how exactly "fun" can work in a Gotham City that's recently seen Death of the Family and the passing of Robin. He referred to Batman #19 and #20 as "my ode to Batman: The Animated Series"--a short form adventure story that will bridge the gap between Death of the Family and the next, eleven-part story that Snyder compares to his own The Black Mirror.

Marvel Just Made a Major Change to Storm

1923 Officially Renewed for Season 2 by Paramount+