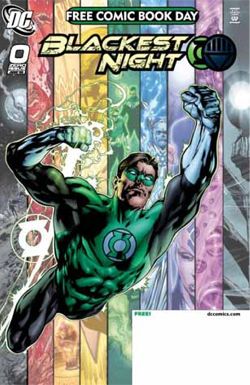 What’s that long line out in front of your favorite comic book store? No, Marvel Comic has not just released the sixteenth printing, double platinum edition of President Barack Obama meets Spider-Man. For once, people are rushing to comic book stores across the nation for something that has nothing to do with Barack Obama. It’s Free Comic Book Day. Yes, that special magical time that only comes around once a year, when comic book stores give away a selection of comic books for absolutely free. Free Comic Book Day is an all ages event. The selection ranges from titles aimed at older readers like Aliens/Predator to titles aimed at younger children like Disney/Pixar Cars #1. Comicbook.com visited some neighborhood comic book stores at opening this morning, and customers were already waiting outside to be first inside. The most popular comic books on the list of early free comic book day attendees seemed to be the ones that contained storylines that could have long range consequences for the characters. Almost everyone wanted to get their hands on Blackest Night #0 from DC Comics and The Avengers from Marvel Comics. One of the nice things about Free Comic Book Day is that judging from the early lines it truly is a family event. Many longtime comic book collectors had their kids with them, who were quickly scooping up titles like Transformers Animated/G.I. Joe and Sonic The Hedgehog: Evolution of a Hero. Another popular choice among both kids and their parents was an all ages Wolverine Origin comic, which plays in perfectly to the just released X-Men Origins: Wolverine movie.