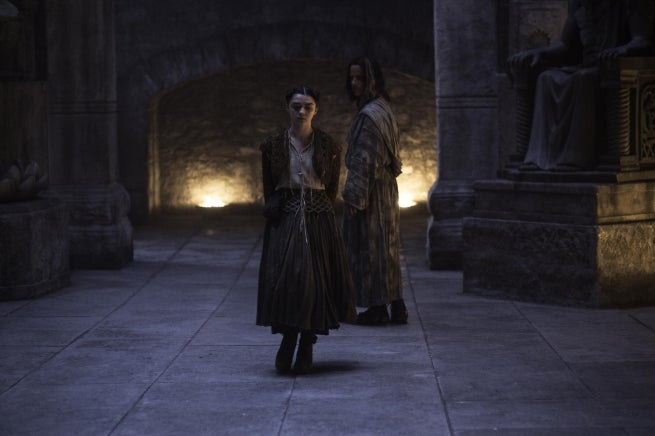 The penultimate episode of Game of Thrones Season 5, “The Dance of Dragons,” airs tonight on HBO.

The episode shares a similar name to the fifth book in the A Song of Ice and Fire series, and fans can likely expect to see one of the novel’s biggest set pieces brought to life, the grand reopening of the Meereen fighting pits.

Check out a preview video from HBO, embedded below, and see preview images from the episode in the gallery at the bottom of the page.

The episode is written by David Benioff & D.B. Weiss and directed by David Nutter.

Game Of Thrones Season 5 Episode 9: The Dance Of Dragons