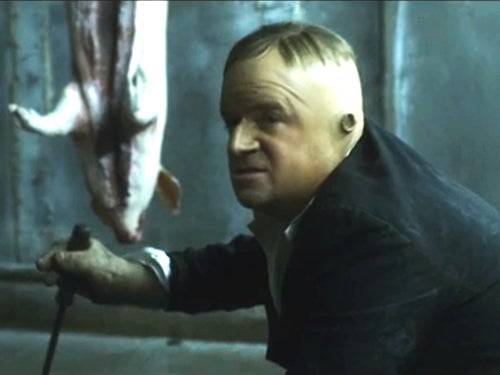 In the "things that surprise almost no one" department, iconic Batman villain The Penguin will be the first recognizable supervillain to appear on Gotham, the upcoming police procedural following a young James Gordon through the process that will one day transform him into the police commissioner and Batman's most trusted ally outside of the Batcave. The Penguin--ganglord Oswald Cobblepot--was widely speculated as an obvious choice for the show, since he's not really a costumed villain as much as one with an iconic look. Many fans have speculated that Catwoman (Selina Kyle) could appear on the show for similar reasons, and obviously certain characters like Victor Fries  or Mr. Zsasz are begging for at least a cameo. None of this is official, of course; it comes from El Mayimbe at Latino Review...but it makes sense, and jives with what little scraps of information we've heard about the series so far. Check out the tweet below.