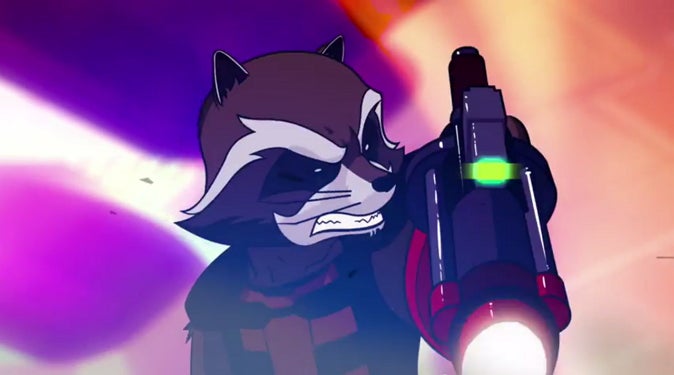 The Guardians of the Galaxy animates series test footage that was shown at New York Comic Con has been released online.

The test footage – which, keep in mind, is not finished product – shows Rocket Raccoon on the run and meeting up with Star-Lord.

Guardians of the Galaxy will air on Disney XD in 2015