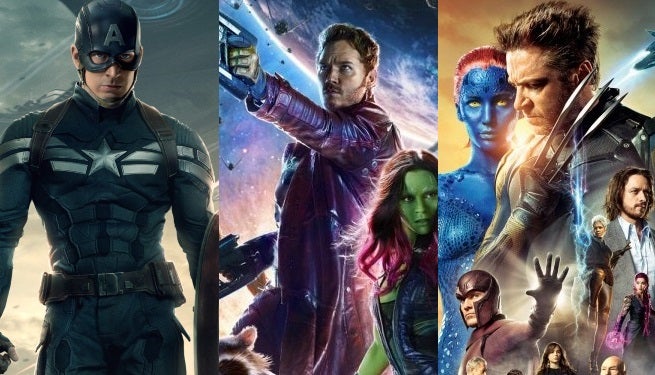 Three movies based on comic books – Guardians of the Galaxy, Captain America: The Winter Soldier, and X-Men: Days of Future Past – are on the shortlist for the 87th Academy Awards Visual Effects Category.

The remaining seven shortlist films are Dawn of the Planet of the Apes, Godzilla, The Hobbit: The Battle of the Five Armies, Interstellar, Maleficent, Night at the Museum: Secret of the Tomb, and Transformers: Age of Extinction.

The list was formed by the Academy’s Visual Effects Branch Executive Committee. Committee members will view 10-minute excerpts from each of the shortlisted films on Saturday, January 10, 2015, and then will vote to nominate five films for final Oscar consideration.

The 87th Academy Awards nominations will be announced live on Thursday, January 15, 2015, at 5:30 a.m. PT in the Academy’s Samuel Goldwyn Theater.