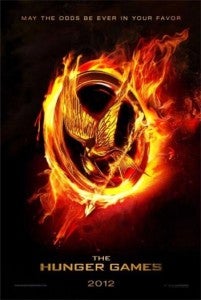 The Hunger Games roared out of the gate with a huge $68.25 million opening day. This box office take was enough to give the Hunger Games movie the fifth best opening day box office ever. After these numbers came in, box office experts who had initially projected around a $100 million opening weekend were quickly scaling their estimates up to be more in the $135 million range. However, it looks like that these revised forecasts still weren't high enough. While this opening day number was ahead of such movies as The Dark Knight and Transformers: Revenge of The Fallen, it was behind the final Harry Potter movie and three of the Twilight movies. Given these numbers, it's not unreasonable to think $135 million, but there is another reason that weekend projections are now hitting at $150 million plus. In addition to all the normal buzz one would expect when a beloved book property hits the big screen, it turns out that Lionsgate has delivered a really good movie to boot. The Hunger Games has a 95% liked it rating on RottenTomatoes. Audiences are leaving this film pleased, and it has become the hot topic of conversation. People who might normally avoid opening weekend crowds or had no previous interest in the movie are being drawn in because they don't want to be left out of the conversation. According to Deadline, their sources have the Hunger Games opening weekend box office pegged at $150 million, which would put it ahead of all the Twilight movies. Lionsgates official Hunger Games projections have now also been released which are forecasting $155 million for opening weekend. The $155 million number puts the Hunger Games at number 3 on the all time opening weekend list, behind only the final Harry Potter movie and The Dark Knight.