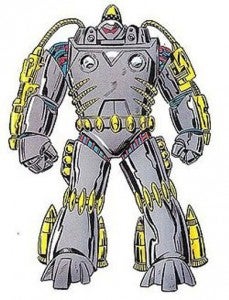 If all the rumors about Iron Man 3 casting are true, then Tony Stark is going to have his hands full. According to Variety, Ashley Hamilton is in talks to play the villain Firepower in Iron Man 3.

If you’re unfamiliar with the name Ashley Hamilton, it’s because this would really be his first blockbuster film. Ashley Hamilton is best known for having competed on Dancing With The Stars and for being a field correspondent on Extra.

Some other interesting trivia on Ashley Hamilton. He is the son of actor George Hamilton and the stepson of Rod Stewart. He was also once married to Shannen Doherty for five months, before she filed for divorce.

How all these villains will fit into the rumored Extremis storyline for Iron Man 3 is unknown. It’s beginning to look like there is definitely going to be more going on than just an adaptation of Extremis.

Iron Man 3 Gets Yet Another Villain: Ashley Hamilton As Firepower