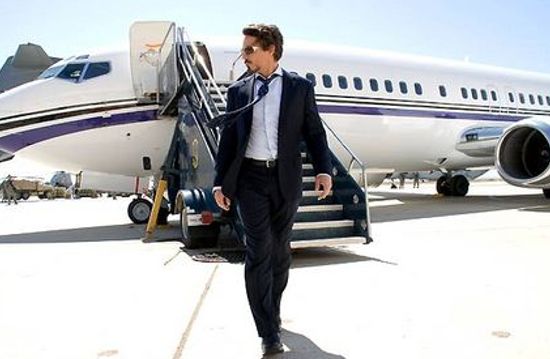 has been bringing you scoop about Iron Man 3 all week, and we possible have another one. Just to be clear, some of this comes from sources, but there is also a little bit of speculation on our part mixed in to put the pieces together.

Very early after Iron Man 3 was announced to be filming in Wilmington, North Carolina, we heard from sources that the large water tank at EUE/Screen Gems played a big role in landing the film. That the water tank was definitely something that was needed for the production was later confirmed by local Wilmington news.

In their first off-site location shoot, the Iron Man 3 crew shot at the Cape Fear Club with a bunch of extras dressed in military uniforms and like secret service men. Rumors at the shoot revolved around the scene involving the President and possible a Chinese diplomat.

After the Cape Fear Club shoot, the Iron Man 3 team shot at the Wilmington International Airport. The airport shot once again involved extras dressed up in military uniforms and like secret service men. Rumors have circulated that the scene involved either the arrival of the President or the Vice President.

There have also been a couple rumors floating about the sets that have been built at EUE/Screen Gems. We’ve heard that there is a very large Chinese storefront that has been built, and there is also rumored to be part of what looks to be a plane in the water tank.

Considering that part of Iron Man 3 is set in Miami in the United States and part is set in China, it stands to reason that there are going to be scenes involving planes flying over water. And here comes the putting the pieces together on our part. Airport scenes, flying overseas, water tank, jet in water tank: sort of sounds like there is going to be a big plane crash in Iron Man 3.