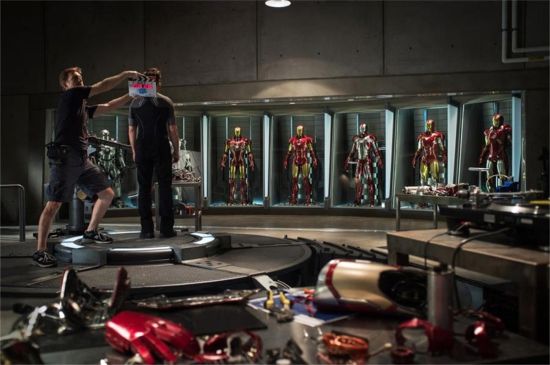 had been hearing rumors for awhile that an Iron Man 3 trailer would be released very soon, and now we can confirm that an Iron Man 3 trailer was just shown today at an Avengers Blu-Ray/DVD event in London. On Tuesday, The Avengers Facebook page in the UK offered fans the chance to sign up for tickets to a screening of extras from the upcoming Avengers Blu-Ray and DVD. It was also teased that there might be a surprise extra bonus.

The Iron Man 3 trailer showed Ben Kingsley as The Mandarin, Tony Stark’s Malibu mansion getting blown up, and the Iron Man extremis suit. Attendees described the trailer as being mind blowing, very dark, and amazing. Iron Man 3 is scheduled to be released in theaters on May 3, 2013.

Walt Disney Company Requires All Employees To Get Vaccinated