Could another Avenger be making an appearance on Marvel’s Agents of S.H.I.E.L.D.?

AoS star Clark Gregg, posted this pic of his character Dir. Coulson in a standoff with Hakweye on social media.

The pic is from Secret Avengers #10. Written by Ales Kot and art provided by Michael Walsh, the issue reveals the mastermind behind the decay at the center of the Secret Avengers initiative. 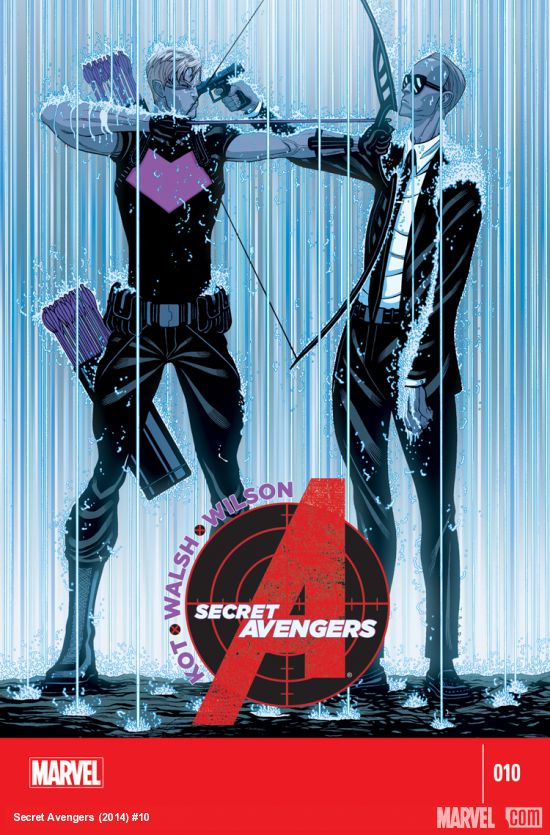 But could Gregg's social media post be a clue of things to come on AoS?

In October Jeremy Renner explained during a Reddit Ask Me Anything session that Hawkeye appearing on AoS wouldn’t be out of the realm of possibilities.

“I guess, again - those are questions that are tough to really answer, because it's above my pay grade, haha!” Renner explained. “It's not something I sit and think about. But I suppose if it was offered up, there's an outside chance it could happen. I haven't seen the show, so I don't know how it works, but I'm sure the folks at Marvel have ideas, and when they're strong enough, they'll bring 'em to me. But I love me some Clark Gregg, he's so great. We killed him and brought him back to life to do Agents of S.H.I.E.L.D., he's so good!”

AoS has had more than a few appearances from Earth's Mightiest Heroes.

This season Barton’s long time paramour and fellow Avenger, Bobbi Morse aka Mockingbird joined Coulson’s team. Other Avengers who have appeared include Maria Hill, Victoria Hand, and Nick Fury. In the winter finale, Skye learned that her real name is Daisy Johnson. In the comics Johnson is a prominent Avenger known by her codename Quake.

Is Hawkeye Going To Appear On Agents Of S.H.I.E.L.D.?