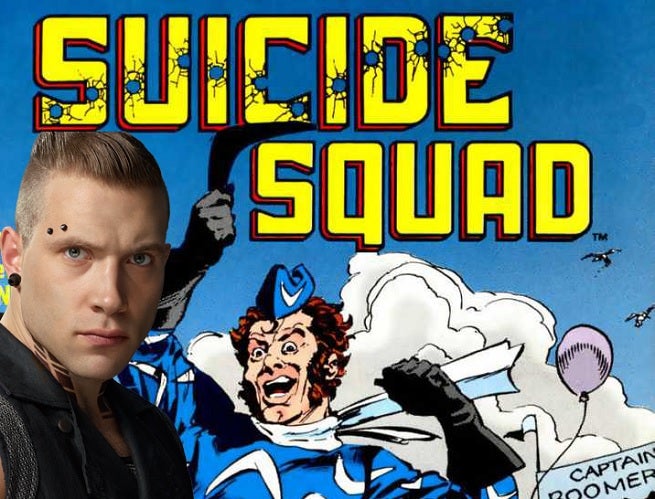 During his time with the John Ostrander/Tom Mandrake-era Suicide Squad, Captain Boomerang was a bit older and in poorer shape than his fellow Squad members -- but that's not going to be the case in the forthcoming feature film based on those comics.

Jai Courtney of Insurgent fame spoke with a local radio show about his fitness regimen, admitting that he's bulking up a bit to play the boomerang-slinging supervillain.

"I'm not on set [yet, but] I'm about to ship out as we speak," Courtney told Seattle's 106.1 KISS FM (via Comic Book Movie). "I'm going to Toronto to [start] shooting." Courtney was then asked if his bulked physique is for the supervillain role. "Yeah it is a little," he replied, adding, "I'm playing an Aussie, so I've just been eating meat pie and drinking beer; it's such a stretch."

The film is expected to go in front of cameras this month for a summer 2016 release.

Chainsaw Man Stuns with SPOILER's Death in the Newest Chapter