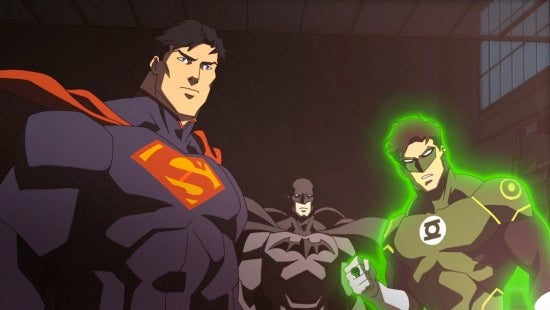 Warner Bros. Home Video have released a new trailer for the forthcoming animated feature film Justice League: War. You can see it embedded below via IGN.

And, yes, the trailer features the famed "just a guy in a bat costume" line, although it's not delivered nearly as well in the film as it was in my head.

UPDATED: New video added with improved audio. According to Warner Bros. Home Video rep Gary Miereanu, "Bad audio configurations on the IGN exclusive. That was a WB mistake, not an IGN issue."