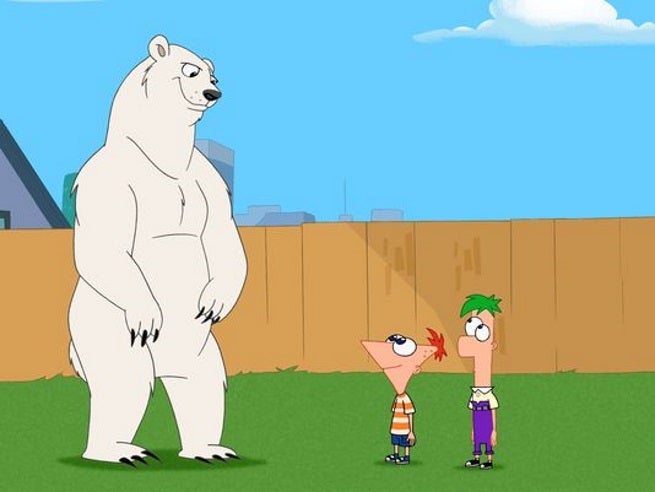 Disney Channel will air a Lost-themed episode of Phineas and Ferb on September 29 at 7:30 p.m. ET.

The episode, titled "Lost in Danville," was originally announced at Comic-Con International: San Diego, and is written by Lost co-creator Damon. Terry O'Quinn, who played John Locke on Lost, will voice the evil scientist, Doctor Mystery.

Taking a cue from Lost, the episode centers on a mysterious capsule that falls into Phineas and Ferb's backyard. Naturally, bad things happen after they open it.

Also, there is Polar Bears.