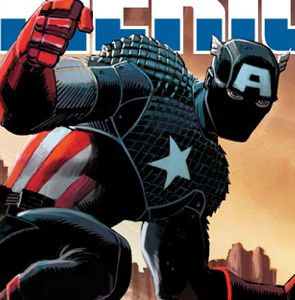 Who was that masked man? Well, it's the new Captain Americaas shown on the cover of Captain America #1 (as previewed by iFanboy). Everyone knew that there would likely be some minor costume changes as part of Marvel Now, but none seem to have generated much controversy until now. Like Superman is iconic for DC Comics, Captain America is iconic for Marvel Comics. When the costume of an iconic character is tweaked even in a minor way, it usually generates quite an uproar. The removal of Superman's red trunks was perhaps the biggest costume controversy of the New 52. Could the addition of a full facial mask for Captain America be the biggest controversy of Marvel Now? Of course, no one is quite for certain if Captain America is really wearing a full facial mask. On the Captain America #1 cover, the rectangular eye holes and the lack of a mouth certainly make it look like Captain America's entire face is covered by a mask, even though some have speculated that it could just be a shading effect. If Captain America is wearing a full mask (or even if his face is just being shaded out), the big question is why? Some have wondered if the man behind the apparent Captain America mask might not be Steve Rogers. However, in an interview with iFanboy that accompanied the cover, writer Rick Remender refers to the first ten issues as being "an examination of the core of Steve Rogers," so that looks to confirm that Steve Rogers is still Captain America. One other possible theory could be that Captain America is just wearing a mask as part of some type of breathing apparatus he is using in Dimension Z, as Remender revealed that would be the setting for the first storyline. Remender pointed out that he was going to bring a more sci-fi feel to Captain America, so maybe the mask is part of that direction. 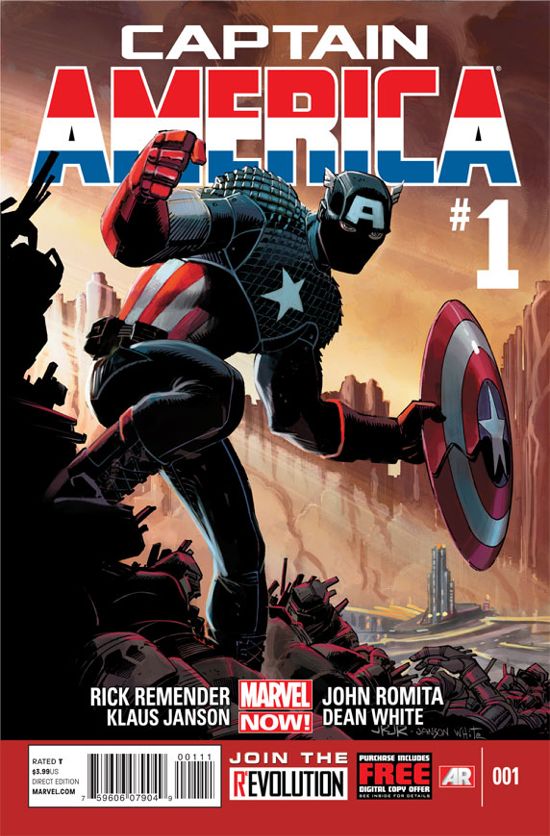