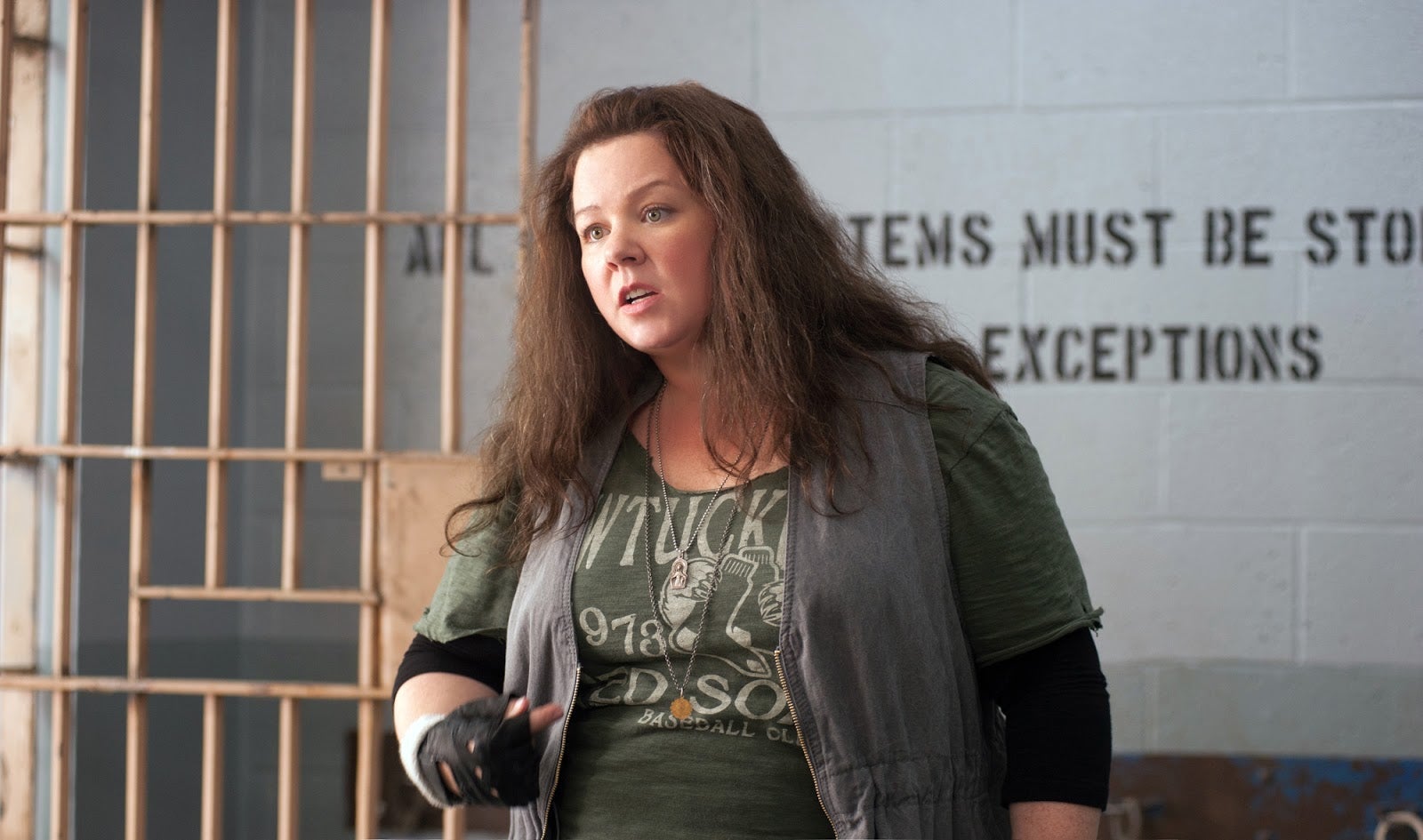 McCarthy, who's worked with Feig in comedies like Bridesmaids, The Heat, and the upcoming Spy, is reportedly in early talks to star in the film. But, her busy filming schedule may prevent her from doing so. McCarthy's commitments to the CBS comedy Mike & Molly and upcoming Universal film Michelle Darnell could leave her too busy to commit to the project, which according to The Hollywood Reporter, would require her to participate in early creative meetings. But according to The Reporter's sources, McCarthy and company will try to finish filming Michelle Darnell by mid-march, and then tackle Ghostbusters in June when Mike and Molly takes its summer break.

But McCarthy isn't the only name atop Ghostbusters' wishlist. Hollywood stars like Jennifer Lawrence and Emma are also being considered for the film, as is Rebel Wilson, who met with producer Ivan Reitman about the project last month. However, the Reporter notes that Lawrence and Wilson should not be seen as serious contenders at this point. Also on tap are Workaholics' Jillian Bell and Saturday Night Live star Cecily Strong, who will soon discuss the movie with Feig.

While casting talks are quickly forming for the Ghostbusters films, no one has been officially offered a role yet. Feig's Ghostbuster reboot, which looks to tell an origin tale of the proton-pack wielding ghost hunters, will reimagine the Ghostbusters as females.

Melissa McCarthy Reportedly In Early Talks For Ghostbusters Among Others