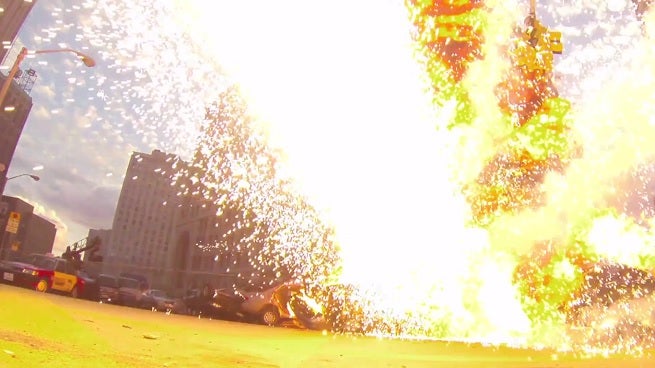 The outtakes reel from Transformers: Age of Extinction has made its way online via filmmaker Michael Bay's social media accounts.

The footage, which starts out with the crew socializing behind the scenes, quickly becomes filled with the explosions, flipping cars and screaming dudes you would expect behind the scenes of a Michael Bay film.

Transformers: Age of Extinction is the year's top-grossing film at the global box office and one of the top five highest-grossing films domestically. It's out on Blu-ray and DVD now.