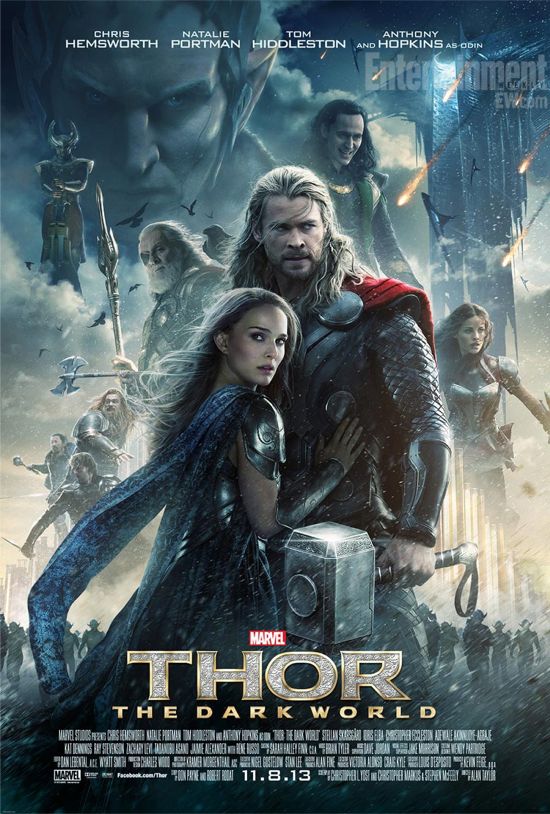 Marvel Studios has just released a brand new poster for Thor The Dark World (via Entertainment Weekly). The new poster features Chris Hemsworth's Thor and Natalie Portman's Jane front and center. In the background, there's a large image of Christopher Eccleston’s Malekith the Accursed. Tom Hiddleston’s Loki can also be seen showing off an evil smile.