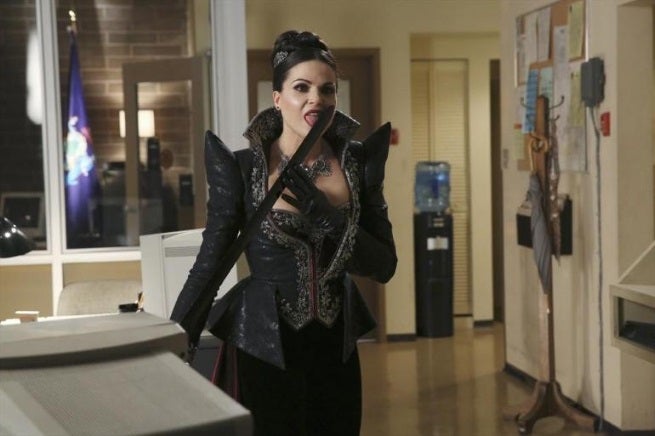 A new episode of Once Upon a Time, titled “Shattered Sight,” airs tonight on ABC.

In “Shattered Sight,” Storybrooke is in a state of chaos with all the residents under the Snow Queen’s Spell of Shattered Sight at each other’s throats. Emma and Elsa race against the clock to free themselves of the ribbons and take down the Snow Queen and her curse. David can only watch when Regina clashes with Mary Margaret in an epic battle. Meanwhile, Gold gathers Belle and Henry as he prepares to leave town forever, and Will Scarlet looks to square his tab with Hook. Kristoff’s thick-headedness leads Anna to a heartwarming discovery.

“Shattered Sight” was written by Scott Nimerfro and Tze Chun, and directed by Gwyneth Horder-Payton.

Once Upon A Time Season 4 Episode 11: Shattered Sight