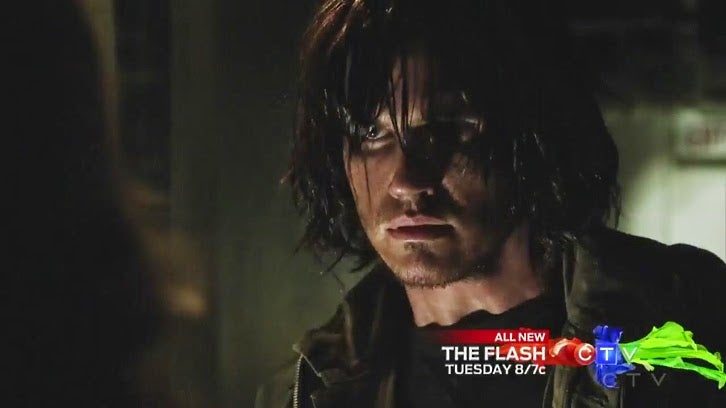 A nuclear-powered Ronnie Raymond will appear in full during next week’s episode of The Flash, and he’s already calling himself “Firestorm.”

The reveal comes from a Canadian trailer for next week’s episode (via SpoilerTV), which also features Eddie proposing to Iris and new glimpses at The Reverse Flash. Ronnie’s return was teased at the end of this week’s episode, “Flash Vs. Arrow,” when a pair of thugs discovered him under a bridge. When the criminals tried robbing Ronnie, he burst into flames.

Ronnie Raymond is played by Robbie Amell, who is one half of DC Comics’ Firestorm Matrix. In Flash cannon, Ronnie is a STAR Labs employee who sacrifices himself during the Particle Accelerator explosion that created The Flash and Central City’s metahuman population. As the trailer shows, Ronnie, or Firestorm, will waste no time in reconnecting with his STAR Labs peers, especially his grieving girlfriend, Caitlin Snow.

Check out the full trailer below for more shots of The Nuclear Man.

The Flash midseason finale, “The Man in the Yellow Suit,” airs next Tuesday at 8:00 p.m. on The CW.