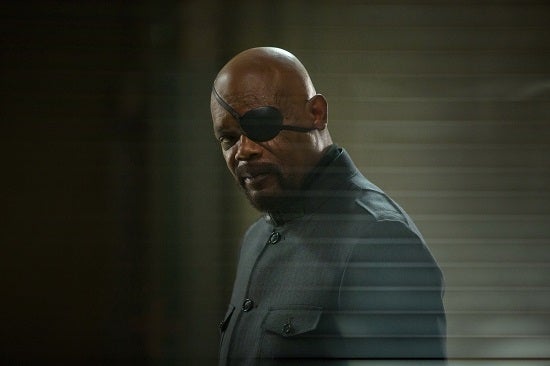 Samuel L. Jackson might play Nick Fury, the head of S.H.I.E.L.D., in the Marvel Cinematic Universe, but he doesn’t actually knows what the letters stand for. While taking part in the MTV Movie Awards Takeover, Jackson was quizzed, but couldn’t give the correct answer.

"I don't need to know that, I'm in charge!" Jackson said.

In fact, none of the stars of the film could remember that S.H.I.E.L.D. stands for Strategic Homeland Intervention, Enforcement and Logistics Division. In another clip, Jackson also confessed to not knowing what the “J” in Nicholas J. Fury stood for (it’s Joseph).

During the takeover, Scarlett Johansson also did her best Hulk impersonation. Maybe she should send that in if they ever decide to cast She-Hulk.

Captain America: The Winter Soldier is in theaters now.