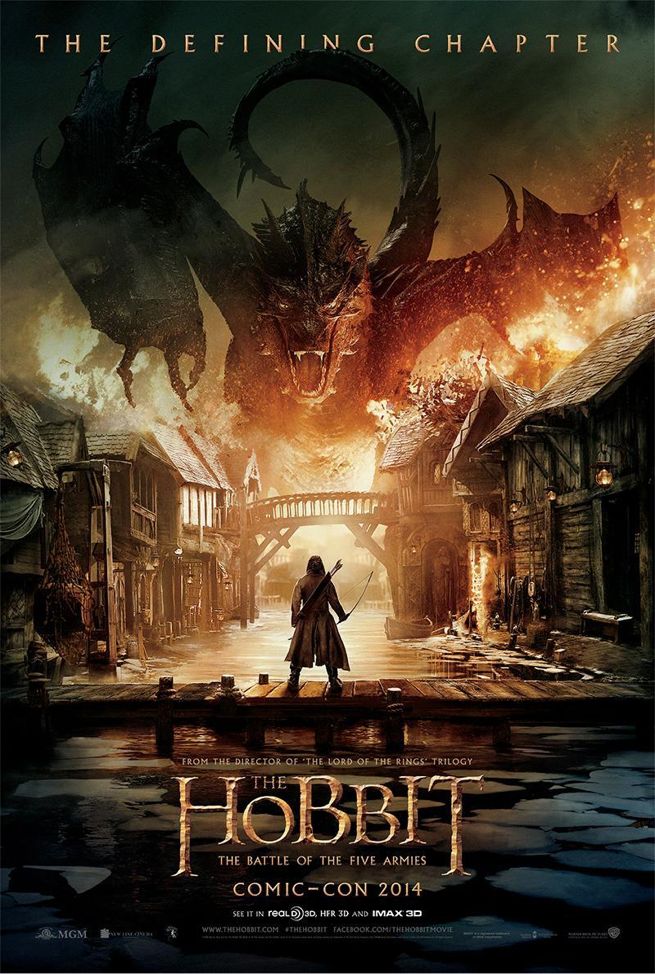 Speaking during the Warner Bros. press conference for The Hobbit: The Battle of the Five Armies from the 2014 Comic-Con International: San Diego, Philippa Boyens let slip a small spoiler for the The Hobbit trilogy’s final film.

During the film, fans will be treated to some kind of battle between the Dark Lord Sauron and the Lady of the Light, Galadriel, played by Cate Blanchett.

“One of the moments that we most wanted to write was Galadriel taking on Sauron,” said Boyens, “because she is the most powerful force in Middle-earth, there’s only person who could do this. So we were really excited to be able to do this.”

The Hobbit trilogy has taken some notable liberties with its source material. Much of that has come from adding in stories from J.R.R. Tolkien’s Silmarillion and Unfinished Tales, but some have been created whole cloth, including Evangeline Lily’s character, Tauriel. Unless this Tolkien fans’ memory is slipping, this showdown seems to be a case of the latter. While Galadriel and Sauron are consistently on opposite ends of the battles for Middle-earth, they were never written as battling each other directly in Tolkien's works.

The Hobbit: The Battle of the Five Armies comes to theaters December 17.

SDCC: The Hobbit: The Battle Of The Five Armies Writer Spoils Major Battle