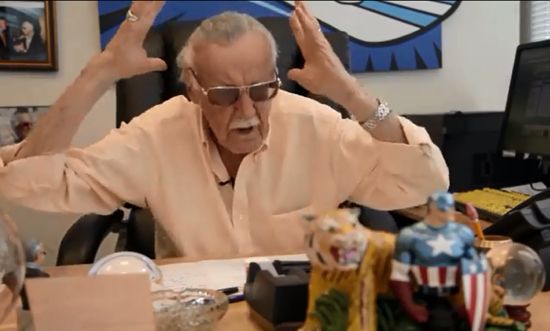 Lately, many movie fans have expressed exasperation with the proliferation of 3D movies. A common complaint is that many of the movies that are being released in 3D have no business being in 3D and the 3D seems to have been added just to raise the ticket prices.

Even though Marvel Studios has done some 3D conversion of their movies, Marvel legend Stan Lee doesn’t appear to be a fan of studios trying to force 3D on the public. In the latest Stan Lee rant on his Youtube channel, Lee lets his feelings on 3D be known.

“The studios are now all featuring 3D, just like it’s something new, something we hadn’t seen before,” said Lee. “They had 3D years ago. I’ve seen 3D when I was a young guy…well, younger, I’m still young of course.”

Stan Lee goes on to rant that maybe studios should go back to the days of Vaudeville, before they even had movies. “The next superhero movie, let it take place on stage with real live actors, and you see the action right in front of you,” suggested Lee.