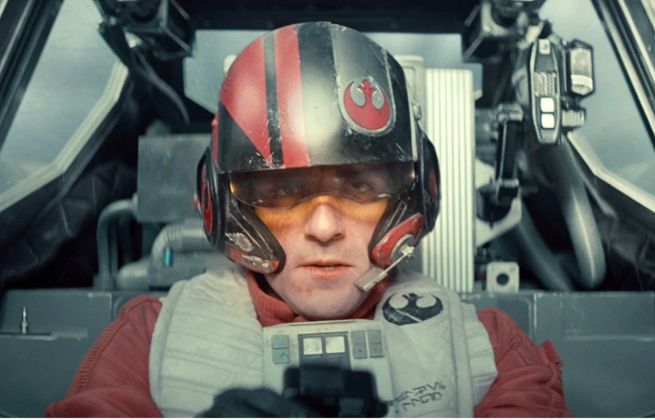 Star Wars: The Force Awakens actor Oscar Isaac says fans who believe they know what's in store for them when the film hits theaters next December have another thing coming.

"They won’t even [send you a script]," told Yahoo Movies in a new interview in support of A Most Violent Year. “You go to the place, and they have a room with cameras and you sit there and read the script. They’re incredibly protective, because nowadays, with however many hundreds of blogs and this and that, people are just ravenous for content. So because of that, there has to be such tight security around it. And it gets in the way of the process a bit, but it’s understandable.”

The actor, who said piloting an X-Wing was "a dream come true," added that while he's disappointed when he sees leaks happening, he's confident they'll still be able to surprise the audience.

"I can’t speak for the cast and crew, I can just speak for myself, but for me I thought, 'Don’t you want to wait so you can get the real thing?'" Isaac said. "But it creates excitement for it. I don’t think these little leaks necessarily ruined watching the trailer. And also, the [plot theories] that get that formulated based on these things — they couldn’t be more far off-base."

Fans will presumably learn more throughout 2015; a second trailer is reportedly going to be attached to Avengers: Age of Ultron in five months. Star Wars: The Force Awakens is due in theaters on December 18.

Star Wars Theories Are Off-Base According To Oscar Isaac