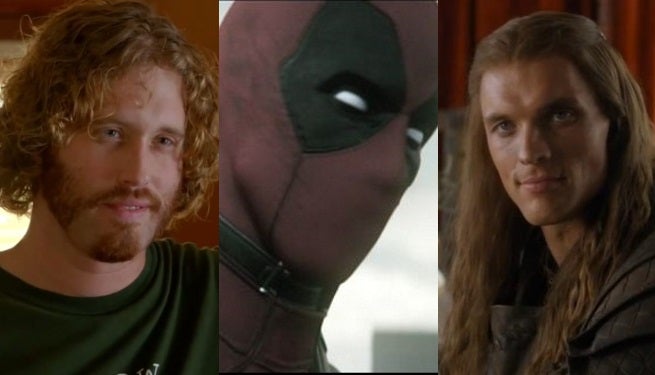 The Wrap is reporting that T.J. Miller and Ed Skrein are both in talks for roles in the upcoming Deadpool movie.

Miller is coming off of a big year. He loaned his voice to Big Hero 6 and How to Train Your Dragon 2, had a role in Transformers: Age of Extinction, and starred in the first season of the award-nominated HBO comedy Silicon Valley. He’ll likely be tasked with bringing some of the comedy that Deadpool is known for to the film.

Skrein was the original Daario Naharis in HBO’s Game of Thrones, before dropping out of the role to star in The Transporter Legacy. The Wrap reports that his negotiations are further along than Miller’s, and speculates that – while his role has not been confirmed – he may be playing the film’s villain. Deadpool creator Rob Liefeld has hinted that Weapon X, Garrison Kane, could have a role in the film, so perhaps this is the role Skrein is in negotiations for.

T.J. Miller And Ed Skrein Up For Roles In Deadpool Movie