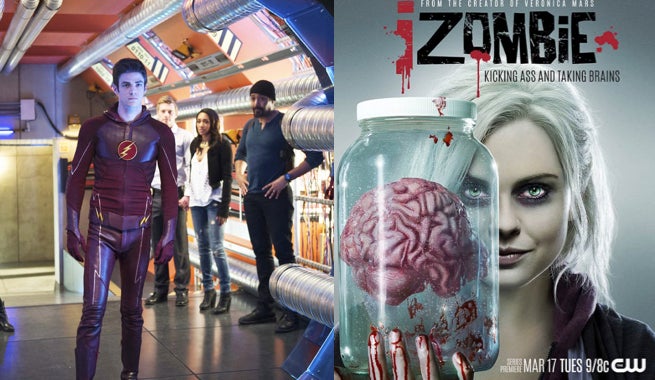 While The Flash’s season finale sped past most critics and fans’ expectations last night, it held a fairly steady pace in the ratings race.

The dramatic season finale, “Fast Enough,” earned 3.71 million viewers in the Live & SD category last night. Of those viewers, 1.4 million were in the key demographic of 18-49 year-olds. The 1.4 score was a slight 7% drop from last week’s episode, “Rogue Air.”

While the Flash held firm, The CW’s other DC series, iZombie, saw a decent spike in viewership. The new series scored 1.76 million viewers overall last night, 0.7 of which were in the 18-49 year-old demographic. That’s a nice 17% uptick in the demo from last week’s episode.

The Flash returns to the CW this Fall, while iZombie airs on Tuesdays at 9:00 p.m. on The CW.

The Flash Holds Steady In Ratings, As iZombie Rises