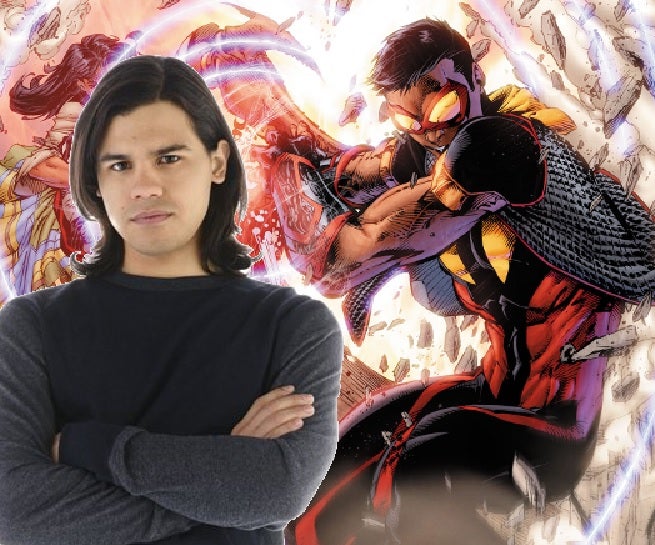 In a tweet teasing the final four episodes of the first season of The Flash, executive producer Greg Berlanti name-dropped Vibe -- something the TV side has been careful not to do when discussing supporting character Cisco Ramon.

In the comics, Vibe had sonic powers that could manifest themselves as energy projections or vibration-themed powers. He was a key member of the "Detroit Era" of the Justice League of America, and then joined up with the team in the New 52 when it was being put together as "the government's answer to the Justice League." So far on the TV show, Cisco hasn't actually had powers, although there has been a recurring motif of sonics and/or vibrations around him.

Both Cisco and Caitlin Snow -- known in the comics as the villain Killer Frost -- have been teased as characters who will eventually become their comic book counterparts to some extent, but there had been speculation that it wouldn't happen in the first season, and/or that it might happen in a divergent timeline created by The Flash and the Reverse Flash time-traveling.

The Flash's Greg Berlanti Says Vibe is Coming This Season