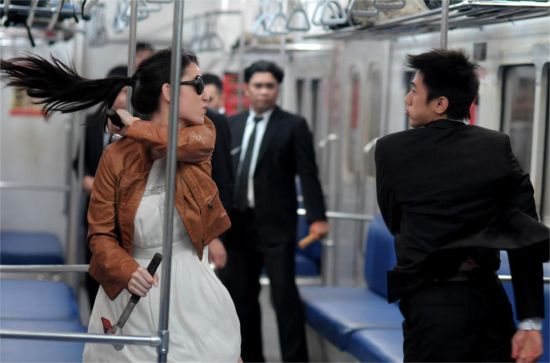 John Cooper, Director of the Sundance Film Festival, said, “The Premieres and Documentary Premieres sections of the 2014 Sundance Film Festival feature new work from many established independent filmmakers who began their careers at our Festival years ago, which allows us to reflect on the impact, legacy and growth of the independent film movement over the past 30 years.”

Trevor Groth, Director of Programming for the Sundance Film Festival, said, “In many of the films selected for our 2014 Sundance Film Festival, we see fascinating characters and subjects throughout. Whether portrayed by recognized actors taking on more challenging and diverse roles, or in the stranger-than-fiction reality of our documentaries, we look forward to sharing these incredible stories with audiences at our Festival.

Among the films that will be having its world premiere at 2014 Sundance Film Festival is the sequel to The Raid. If you haven't seen The Raid, it's a very intense and well done action movie. Here's a description for the sequel.

The Raid 2 / Indonesia (Director and screenwriter: Gareth Evans) — Picking up where the first film left off, The Raid 2 follows Rama as he goes undercover and infiltrates the ranks of a ruthless Jakarta crime syndicate in order to protect his family and expose the corruption in his own police force. Cast: Iko Uwais, Yayan Ruhian, Arifin Putra, Oka Antara, Tio Pakusadewo, Alex Abbad.

The Raid 2 To Premiere At 2014 Sundance Film Festival