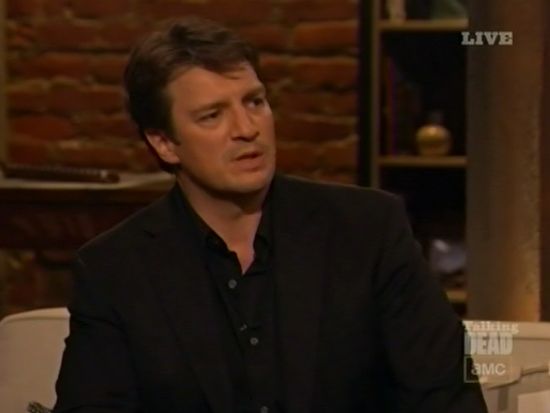 On tonight’s episode of the Talking Dead after-show, Castle’s Nathan Fillion was a special guest. In a segment involving viewer questions, Fillion was asked if he could only see one character make it to the end of the zombie apocalypse who would it be.

After pausing for just a moment, Fillion replied, “Daryl, because he deserves it.”

When host Chris Hardwick pointed out that Daryl had become a really good guy, Fillion added, “He’s always been a good guy.”

“He’s a soldier. He does what he’s told,” said Fillion. “He does what the job takes. There’s always got to be guys that follow the orders, and he’s that guy.”

The Walking Dead: Nathan Fillion Says Daryl Deserves To Be The Last One Surviving