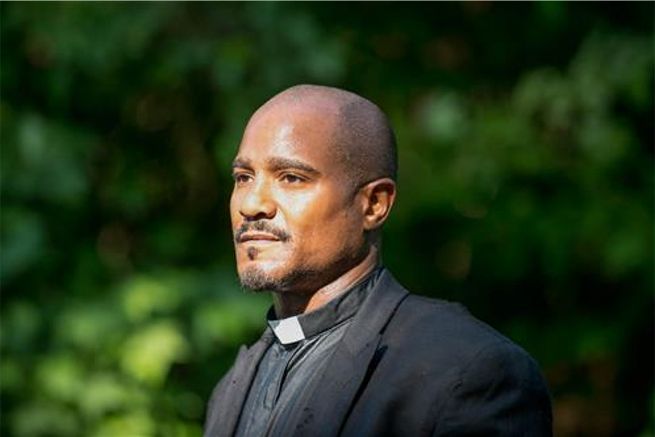 In advance of The Walking Dead Season 5 premiere, AMC has already released a couple of photos from the second episode, which is called “Strangers.” The photos don’t include any major spoilers to hint what happens in the episode, unless you count that the people featured in the photos are obviously still alive.

So the photos reveal that Daryl Dixon, Glenn Rhee, Michonne, and Sasha make it to episode 2. The photos also reveal that Seth Gilliam as Father Gabriel Stokes will make his debut on the series.