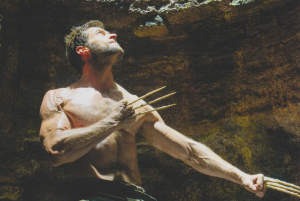 While many people overlooked it while they were doing a spit-take from the revelation that The Wolverine is actually a sequel, rather than a prequel as previously suspected, to the X-Men films, that Empire Magazine interview with director James Mangold gave fans a look at something most of us probably never expected to see in the film: Wolverine's bone claws.

Whether this takes place in a flashback sequence or whether Wolverine will undergo a variation on his famous "Fatal Attractions" moment and lose the adamantium for a while is anyone's guess, although the latter would certainly open up some interesting story possibilities and help sell a more real-world take on Wolvie's combat with dozens of Ninja in the new film.

The Wolverine: Bone Claws in a New Photo From the Movie