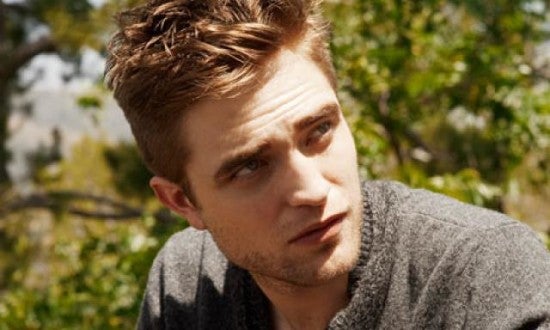 The second major "take this with a huge grain of salt" casting for the day comes in the form of a British tabloid report that Twilight Saga star Robert Pattinson will play Indiana Jones in a franchise reboot for Disney. The Star quotes a source as saying, “Disney is looking at its long-term options for the Indiana Jones franchise. They feel that the series has huge potential on many levels, starting with the films leading to other spin-offs like games which can generate more money than movies."

Pattinson, who has earned mostly positive reviews in his movies since Twilight ended, is reportedly at the top of Disney's wish list to replace 71-year-old Harrison Ford, who has expressed his desire to play the character at least once more before he hangs up the fedora once and for all. Ford has recently signed on to reprise his role as Han Solo in Star Wars Episode VII. When Disney purchased Lucasfilm a little over a year ago, the company's CEO made it clear that they had done so in order to acquire the Star Wars franchise and that anything else -- including Indiana Jones, Skywalker Sound and other assets -- was just a bonus.

In February, two more Indiana Jones movies were rumored to be planned with Ford in the title role. In March, though, Bradley Cooper was among the names dangled as a potential replacement as soon as the next movie. That rumor also maintained that Frank Darabont, director of The Shawshank Redemption and showrunner for the first season of AMC’s The Walking Dead, reportedly has pitched an idea for the next movie, although he later dismissed the talk as just that.