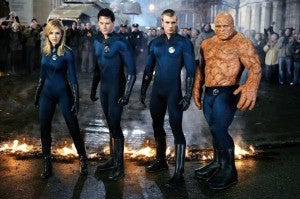 In a newly-published blog interview at Portable, best-selling author and Twin Peaks co-creator Mark Frost tackled the matter of the critically-panned Fantastic Four movies he worked on and, more generally, the role that comic books and superheroes have played in his life and storytelling.

"The first movie was a lot fun because I’d collected Fantastic Four as a kid and had a lot of affections for, so they were stories I was very familiar with," Frost said. "The studio had tried to develop the thing for about ten years and it had fallen flat and gone in all sorts of different directions. I kind of steered them back to the original conceptions, the original ideas, the point. In a way it was like working with old friends, these were characters I’d known for 40 years. It was a little different than working with an adaptation that was brand new to me, with characters I didn’t know."

That all sounds well and good--and there are plenty of people who will still swear by Fantastic Four, in spite of it having a lower Rotten Tomatoes score than either its much-reviled sequel OR the unreleased Roger Corman version of the movie. What does Frost have to say about Fantastic Four: Rise of the Silver Surfer?

"The second movie never really had much of a chance, it had kind of an ass-backwards development where they had named a release date but they didn’t have a movie to go out on that day. The second movie is a bit less effective than the first one, but that was a little different than a straight adaptation. These characters have been around for so long that they’re almost in our collective unconscious of pop culture, so it wasn’t that difficult.

He also discussed some more general stuff, outside of his own professional experiences and delving into the person and the cultural a bit.

"You’re trying to speak to those characters in the way they spoke to you, bring them up as the archetypes they were originally assigned to be," Frost told the site. "I think our infatuation with superhero movies in the last 15 years speaks to that very thing, that interest in trying to form a mythology for a culture, particularly one as diverse and fast-moving as ours. It’s pretty difficult. As the 21st century came on us this set of characters from those books — characters many people first encountered as kids — have suddenly assumed this place of primacy in our collective storytelling. In some ways its a little alarming — they’re not the most mature characters you’ll come across, but at the same time they do address things collectively that are under the surface. These are issues that many people deal with like, identity, and anxiety and'what’s my ultimate role' and 'is there such a thing as salvation?' All these things are in these books, these comic books."

He added, "I was a big Marvel character as a kid, I read a few DC books as well, but they were kinda like the Democrat and Republican party of comics: we didn’t have all the great indie labels that have sprung up since then. Marvel in the way was the upstart, DC had been around for a couple of decades before. I identify pretty strongly with the Marvel brand, and identify with their whole stable of characters." 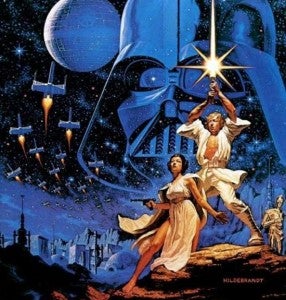 Following a number of Joseph Campbell/The Power of Myth references by the interviewer, though, Frost praised the scholar but somewhat downplayed the significance of that work on George Lucas's Star Wars films.

"Campbell, in my way of thinking, is one of the great American sages. He unfortunately got this kind of Hollywood treatment in the 80s: a few wise guys who were working in the offices decided 'Well I can distill Campbell to a couple of pages and use him in all our storytelling and make a bunch of money.' That does a disservice to Campbell,and even more of a disservice to storytelling," Frost said. "When Lucas came forward and said he had patterned a lot of Star Wars on Campbell, that sort of got that in the open and everyone was all over Campbell, 'Let’s turn him into Cliff’s Notes and make him easier for everyone to use!' And that kind of devalued what he had to offer. Campbell’s contribution to our way of thinking and being is way greater than that."

He then opined, "But with regard to Star Wars, have you ever seen Kurosawa’s Hidden Fortress? It’s actually a much greater influence on the original story of Star Wars than Campbell’s Hero’s Journey. I think, if I’m not mistaken, it’s a bit hard to find: I believe Lucas may have bought it to keep it out of circulation because vast parts of the [Star Wars] story and characters are derived pretty directly from that movie. There was a Criterion print but I think it’s out of print."