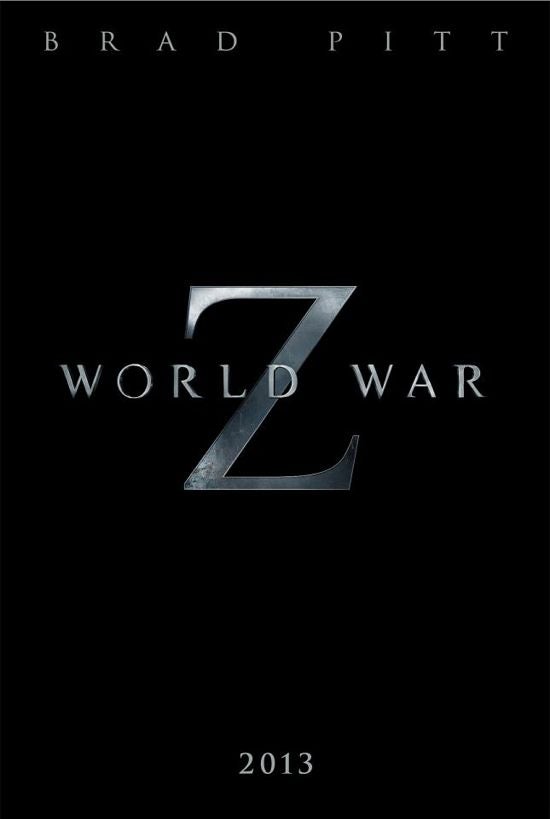 Earlier today, Comicbook.com posted about the first teaser trailer for the upcoming World War Z full trailer, which is set to be released on Thursday. The World War Z teaser trailer gave glimpses of a wall of zombies attacking, which looked pretty impressive.

Now, Paramount Pictures has released the first official World War Z poster. Not much to see on the poster, other than Brad Pitt’s name at the top, the World War Z logo, and the release year of 2013.

In addition to the World War Z poster, Paramount has also launched the official World War Z movie site. Not much on the official site yet either, other than a message promoting the release of the full trailer on iTunes movie trailers in 2 days.