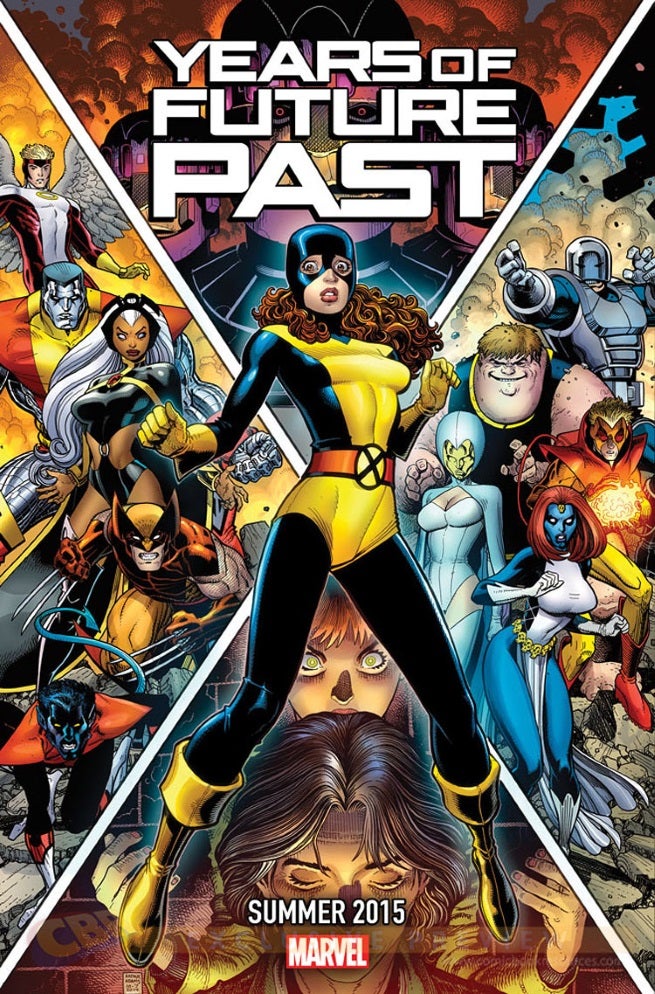 Following Monday’s Civil War teaser, and yesterday’s Age of Ultron vs. Marvel Zombies teaser, Marvel Comics has released a third mysterious teaser for the summer of 2015 (via CBR).

The latest teaser is centered on the X-Men, with the title “Years of Future Past.” This is obviously a play on the classic 1980s X-Men story Days of Future Past, and the art by Arthur Adams furthers that theme by placing a young Kitty Pryde at the forefront.

The background, split into four panels with an “X” design, shows other elements from the original Days of Future Past story: the era appropriate lineup of X-Men, Mystique’s then new Brotherhood of Mutants, Rachel Summers linking with Kate Pryde, and the Sentinels looming large over it all.

This teaser hits just as the film adaptation of X-Men: Days of Future Past is hitting stores on Blu-ray and DVD, similar to how the Civil War teaser hit just before the news of the storyline being adapted into Marvel’s film universe was leaked.

We’re still not really sure what all of these teasers mean, or if they’re tied to the big Secret Wars event that Marvel announced for May 2015 at New York Comic Con, but it’ll be interesting to see what comes next.

X-Men: Years Of Future Past Summer 2015 Teaser Released By Marvel