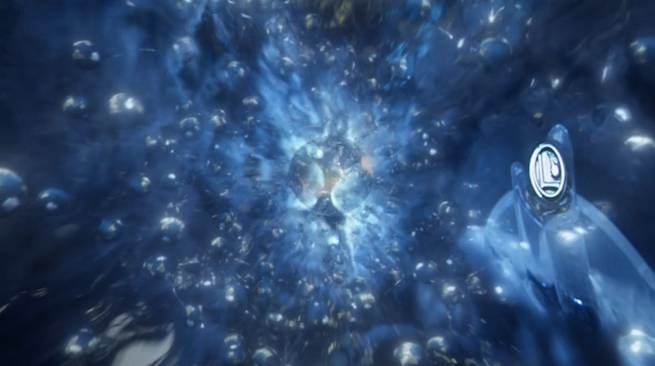 Warning: Spoilers ahead for The Flash's latest episode, titled "Welcome to Earth-2."

As Barry made his way through the breach to Earth-2 on tonight's episode of The Flash, we got glimpses of a lot of cool, alternate-universe characters from around DC's multiverse.

Besides John Wesley Shipp's 1990 version of The Flash, and Melissa Benoist as Supergirl, fans were stunned to spot a Legion of Super-Heroes flight ring.

Earlier this month, Supergirl and The Flash EP and DC Chief Creative Officer Geoff Johns hinted that the Legion of Super-Heroes appearing on one of the TV shows he oversees.

A lot of fans assumed that would be DC's Legends of Tomorrow, which launched last week and which boasts time travel as a staple of the show -- but then there were comments that the show wouldn't travel past 2166.

While technically the Legion could come back from the future to 2166 or earlier, the reality is almost any version of the 31st Century the Legion might come from, would make Vandal Savage not all of history's worst threat, as he's so far been characterized, but a bump in the historical road.

I speculated that the odds-on favorite was likely Supergirl, given her past association with the team, but now it appears he was talking about this shot.

For those who want more Legion in their lives, the second season of the Legion of Super-Heroes animated series apparently just became available on iTunes and Amazon.

Yes, That Was a Legion of Super-Heroes Ring on The Flash