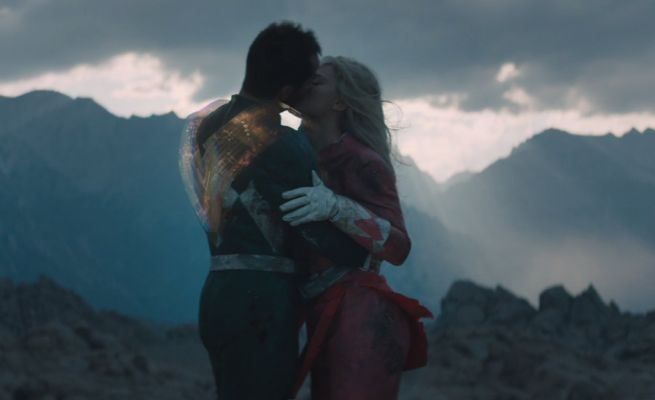 Did you miss out on the dark and gritty Power Rangers fan film before it got pulled from YouTube and Vimeo? Well, then you're in luck. It's back.

Power/Rangers producer Adi Shankar and Saban Entertainment have worked out their differences and come to an agreement that allowed the fan film to return online. Part of the deal is that an age restriction appears on the YouTube video, and there is also a new disclaimer on the NSFW vimeo version.

The disclaimer reads: "Deboot of the Power Rangers. My take on the FAN FILM. Not a pilot, not a series, not for profit, strictly for exhibition. This is a bootleg experiment not affiliated or endorsed by Saban Entertainment or Lionsgate nor is it selling any product. I claim no rights to any of the characters (don't send me any money, not kickstarted, this film is free). This is the NSFW version. An alternate safe version is on youtube."

POWER/RANGERS from Xyo on Vimeo.

In an statement to Deadline, director Joseph Kahn said, "They put these disclaimers on so kids so don't confuse our super-violent film with their Power Rangers brand. There are no hard feelings. We signed contracts. We can play it anywhere we want on all platforms. I think they realized that people just want to see it."