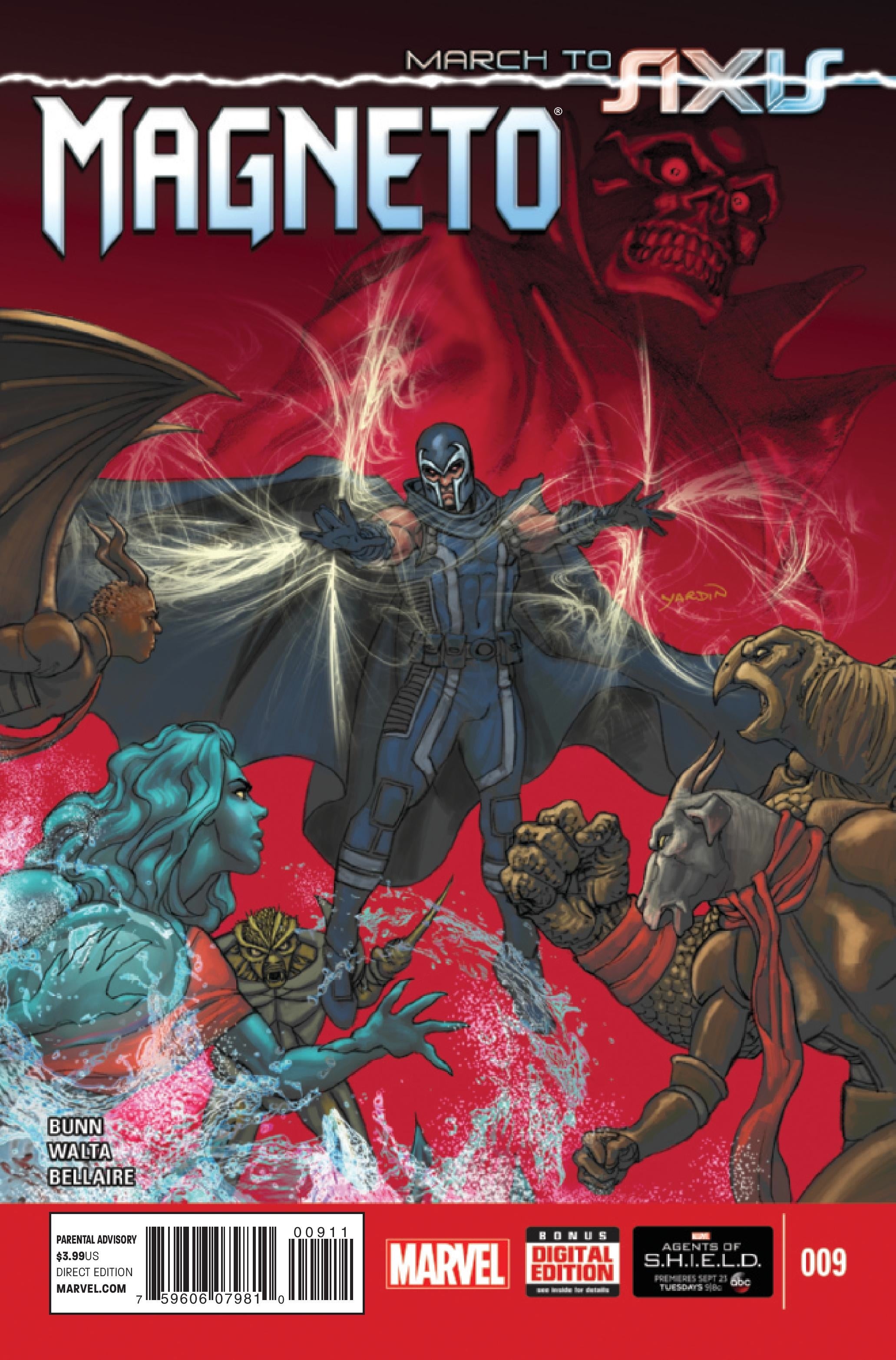 There are some topics that are difficult to handle in any medium. They come with an air of gravitas and potency that is impossible to deny. So if they are mishandled the result is not only ineffective, but also often offensive. I say this because the decision to depict the Holocaust in a mainstream superhero comic cannot be easy to make. I’m glad that Cullen Bunn, Gabriel Hernandez Walta, and Jordie Bellaire decided to address it though because it is very well done in Magneto #9.

The issue juxtaposes Magneto’s infiltration of a mutant concentration camp on Genosha with his time spent at Auschwitz as a young man. This format allows Magneto to compare himself now to whom he was in the camp, and then tests his current self-image against reality. The two settings are easily compared to one another. Each is designed to murder and mistreat a specific group of people and is run by a monstrous leader. That easy comparison allows Bunn to explore how Magneto believes himself to have changed in between. Magneto #9 comments on the horror of the Holocaust and what it means to survive such an atrocity through its impact on a single character.

The key to this exploration of Magneto is that he is not a hero. He is not a villain either. In this story he is a survivor. Although he is shown narrating flashbacks to his time at Auschwitz, Walda separates the story from his words. Readers are allowed to assess Magneto’s younger self on their own. While Magneto may address his own actions with disdain, readers are able to empathize and evaluate the young man independently. This provides insight not only into how Magneto has changed, but how his remembrance of these events has become a tool of survival. The rage and hatred associated with Magneto become much more understandable and he is rendered human.

Bellaire colors flashbacks in black and white with only a splash of red to accentuate the violence of the camps. This sort of muted palette has been applied to many other stories about the Holocaust. It places the events in stark contrast to the present and emphasizes the numb, dispassionate setting. Walta and Bellaire translate that feeling to these pages very well.

Bunn provides the best explanation he can as to what is occurring on the island, but without the context provided in Uncanny Avengers it is difficult to understand at some points. The Red Skull’s transformation and his new group of henchmen are part of an upcoming event, but are extraneous to the ideas presented here. Somewhere a more streamlined version of this issue exists where the core analogies between Magneto’s past and present are unhindered by outside continuity.

I do need to say something about the print edition of this comic as well. The advertisements absolutely ruin the potent mood being crafted by Bunn, Walta, and Bellaire. It features colorful spots advertising motorcycles and superhero figurines next to pages depicting a Holocaust survivor’s memory. I found myself feeling jarred and pulled out of the story. Ads don’t always detract from comics, but in this instance I would highly recommend the digital version of Magneto #9 over the physical one in order to avoid the advertisements.

Ignoring detrimental ads, Magneto #9 is very well done. It is a dark, brooding story that provides proper emphasis and empathy to the weighty topic that it addresses. Bunn, Walta, and Bellaire are taking the rich history of a character like Magneto and using it to tell a new story. They are reflecting on what makes him such a potent icon and will likely leave an indelible stamp upon the Master of Magnetism before this series is over.